Why My Streetcar -Loving Self 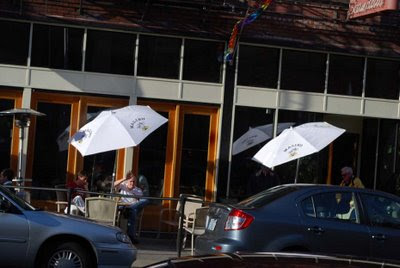 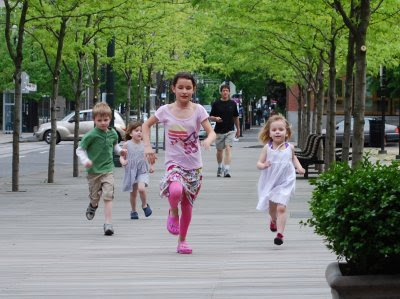 On the Infrastructurist blog, a debate broke out recently concerning the relative advantages of streetcars over buses. While the Infrastructurist’s 36 Reasons Streetcars Are Better Than Buses post merely summarized the remarks that had began to appear after a challenge first broke out in the comment section of Yonah Freemark’s post (posted a month ago), some felicity-challenged folks immediately drew up lists contradicting every (or most) of the 36 arguments.* My goodness…LOL.

Anyway, this debate, amusing and unproductive as it is, has nevertheless induced me to delve into a bit of careful thinking about the urban design advantages of the streetcar. The obvious way to start thinking about this is, actually, to go back to the topic Yonah Freemark’s original post, and ask, “Why, indeed, is it the case that Portland, Oregon, has had such success with the streetcar?” To hunt for the answer, of course, one should consider walking around Downtown Portland first to get acquainted the streetcar route. On my recent visit a few weeks ago, it was obvious that the streetcar alone did not in and of itself lead to the remarkable variety of street life and uses appearing on the route (shown here), but it certainly was evident that the streetcar was actively reinforcing them. 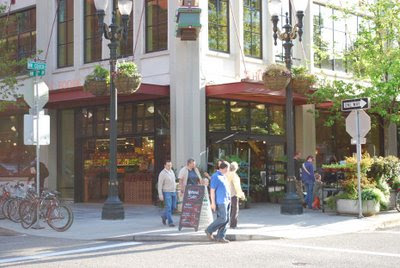 Unlike bus routes, the streetcar route is a physical part of downtown Portland and has become a loved component of the urban fabric--an urban spine for agglomerated activity. Its physical permanence enables predictable, easily located, and frequent transport and thus fosters commercial activity. Besides its frequency, such transport benefits from the added advantages inherent to its information/messaging system, a kind which, btw, is never matched by inner-city bus transport or downtown circulator systems in this country…Commuter convenience thoughtfulness is 9/10ths of the formula needed to replace the auto-dependence. (Note, I specify “inner city bus transport or downtown circulator” here because those are the only relevant bus route types to discuss in the streetcar vs. bus debate). The guideway, moreover, serves as an orienting and wayfinding device for citizens and helps them to both use and image their city, which has long-term social and economic benefits for the districts and neighborhoods along the route. Because the streetcar stops are frequent enough, it has been demonstrated that the entire corridor in Portland (and not just the stop areas) have been benefitting from development and value creation (see this book for that and other helpful details). 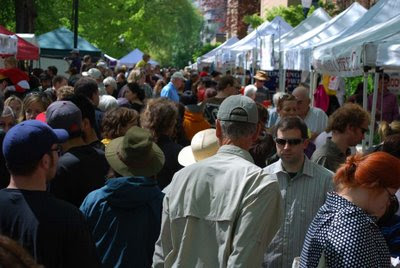 Streetcars pedestrianize environments and do not overburden the street with heavy infrastructure that separates travel modes and segments the public realm (the tracks are shared with traffic while producing traffic calming effects, making urban streets more multi-modal friendly and safe). As a consequence, these streets inevitably draw pedestrians along with greater public attention. All of this has long-term economic impact and it is not accidental that businesses like to be next to the tracks for many reasons.

Simply, streetcars have the advantage on buses in that they successfully demonstrate that they are pedestrianization (net increasers of pedestrian traffic) and economic development tools. Much like streetscape improvements, they are public realm improvements as much as transportation improvements. 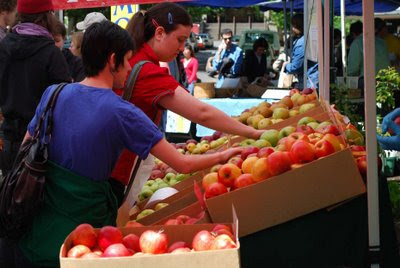 Moreover, this last point leads us to a particularly useful distinction:

Streetscape improvements and public realm beautification projects are passive pedestrianization and economic development tools. They can only draw pedestrian activity locally. They limit pedestrian activity to walking distances and do not replace overall vehicular dependence among car-owning individuals. The success of these common capital improvement projects ultimately depends on their upkeep, existing economic stakes and the ability to (conveniently) park the automobile close to destination uses. Streetcars, on the other hand, are active pedestrianization and economic development tools. They successfully draw in regular commuting foot-traffic from the entire route, generating long-term demand for walking/biking across the urban center, while actively replacing primary dependence on the automobile for many typical urban activities across all income-level groups, thus increasing capacity for higher and better land uses along the route, which, in turn, rewards the street. 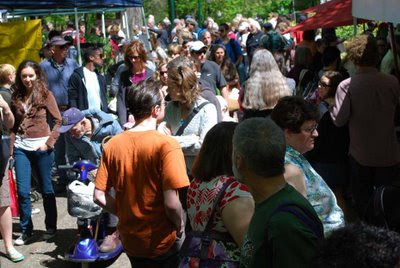 All that is made clear in Portland, where the streetcar endeavor was not only vital to secure smarter land use planning initiatives that ensure mixed-use and dense developments, but has now all but guaranteed their continued vitality and implementation. This self-reinforcing “Streetcar Oriented Development” strategy (as Charlotte’s Planning Director Debra Campbell aptly terms this) mobilized the remarkable transformation of the Pearl District and encouraged the realization of an urban design remarkably conscious of its directive to serve not only DINK’s and students, but even (yes even!) the middle-class kids and families that are now beginning to make Downtown Portland their home. 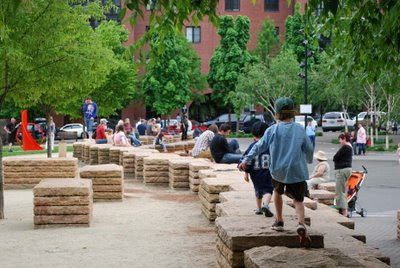 _______________________
*Full disclosure here: yours truly is contributor to Infrastructurists “reasons” #33 & #34 (the last one I term the “Kevin Lynch advantage” heh, heh). I came in late there at the end after noticing a few particular advantages still missing in previous commentary. I, as with probably the rest of the contributors, am not particularly obsessed with the advantages of streetcars over buses (I care only about the advantages of the streetcar for urbanism), and I most certainly did not in any way intend my arguments to be taken in support of murdering/lynching/debasing all forms of bus-transit on the face of the planet.
Posted by Eric Orozco at 12:24 AM No comments: