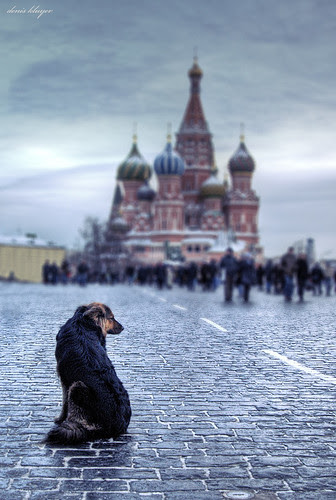 As folks around the world begin becoming increasingly reliant on transit, other life forms among us are benefitting. I got a huge kick reading WSJ's article on the "cushy" life of Moscow's transit dogs. Certainly brings new opportunities to realization in my practice as a transit urban designer.

I've been saying...Transit benefits everyone! ')

Posted by Eric Orozco at 9:06 AM No comments: 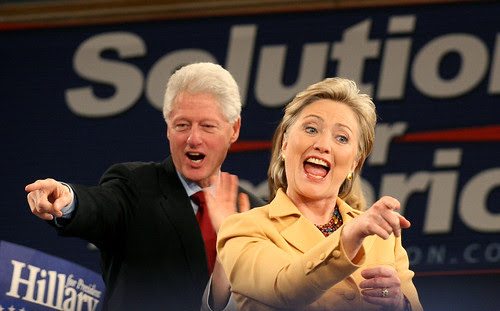 Reading Karen Tumulty's Time article on the rise and fall of the Clinton campaign sure reminded me an awful lot of the collapse of the Roman Republic. I'll just shamefully build off her 5 points, but here are the similarities I note:

1) She misjudged the mood.

Politicians in the late Republic gunned on inevitability, using dysfunction as an opportunity to consolidate ever more power, ever hoping that the public would not notice that "regime insurance" was actually the underlying problem. Politicians are a pandering lot, and no more and no less than the late republic, when emperors had geese peck at their consorts' naries for the amusement of the crowds (as Justinian's wife did), hoping that the "I'm no better than you!" low signals could keep the iron ball rolling.

2) She didn't master (competency in her campaign leadership).

Clinton's team was assembled for reasons of patronage and loyalty...which is exactly how the Roman Empire functioned, a system called "evergetism" which is from the Greek for "benefaction". Benefactive systems are enormously inflexible, bureaucratic, and innately dysfunctional because they are self-focused...as common sense would make clear to anyone but apparently the benefactors themselves who are caught up in their own promotive fantasies. They think the smiles of the nobilis amici actually do communicate competence.

3) She underestimated the role of the caucus states

The role of the public, in Clinton's ideal world, is to be pandered to pure and simple. They are the clients. Corporate negotiation and grass-roots consensus-building is just so, uhm, cumbersome. C'mon we're in the screen media age...Can't you see I'm your patron!! In ancient Rome, direct pandering to the public, the so-called "primary clients" (who are really locked out of the real clientage system of course), got directly pandered to by the elites with public celebrations and gladiatorial events, with public buildings and libraries celebrating their patron's names loudly on their facades, and so on. ...But, unfortunately for the gilded-age Clintons, the new media is the network, which is far more than a screen...in fact, it tends to remove the screens politicians so assidously construct faster than they can build them.

4) She relied on old money.

Here, of course, was the most important nail to seal the coffin of the Republic. Networks that relly on old systems of wealthy patronage tend to fail the fastest. Networks that are loose, grass-roots and driven by "oi polloi" (I'm pronouncing this with my perfect, Buth-taught, Koine "oi"=u-umlaut, BTW...heh, heh) are, on the other hand, amazingly resilient, fast-growing and consensually effective. This is how a strange phenomenon began occuring in over-taxed, fragile, collapsing cities in 3rd century A.D. Asia Minor, where Jewish Synagogues began acquiring expansive and quickly delapadating civic pagan buildings. One of the most prominent civic buildings in Sardis was acquired by Jews at about this time because when the old blue bloods began having problems financing things with rampant inflation and funding wars of attrition, the first things to suffer were the public buildings they patronized. Jews, on the other hand, rellied on their whole congregations for funds, giving in small amounts, pooling available resources and generally rellying on communally valued approaches to giving. For example, they tended to credit God, instead of a patron, for their munificence and generally shared the credit across the board...allowing families to announce their patronage of a single window, a tile, etc. Obama's web-based campaign is exactly this type of dispersed financing system...In this critical aspect it is the most "Jewish"! ')

5) She never counted on the long haul (thinking she had it in the pocket).

No need to explain.

If I were to sum up my involvements of the past month I would have to sum it up as "rich" and ripe with possibility. Major things are afoot with my projects both in and out of the office. Too bad, however, I haven't been blogging about them! Each one would be a rich discussion to unplug...I usually blog in the morning more to prepare my mind for the task at hand rather than to recap the day. I may may have to shake up the way I do blogging...but for now, my dear reader, you will have to deal with the tracings:

a) JC's old home in High Point: The boyhood home of my long-time musical hero John Coltrane is a strategic piece of a revitalization plan I'm working on for the City of High Point, N.C., a city which really needs to reinvent itself. We're looking at revitalizing Coltrane's old neighborhood and creating a regional music festival center. The Kilby Hotel, a historic structure on Washington Drive that once served as a stop-over on the "Chitlin' Circuit" (receiving guests such as Count Basie, Ella Fitzgerald and others) will hopefully be the generative seed of the revitalization effort.


b) The REEF building for Henderson, N.C. Again a revitalization effort. Although our proposal was not chosen, in the process I discovered the economic potential of Speed Shops...of all things! A catalyst for creative ventures that I can definitely take to Charlotte (especially for our South Corridor). That's right...Highly paid mechanical artists are great community builders. Already we have the biker-types rolling on South Blvd. We have near constant parades of them droning down the Blvd...so where are the speed shops, biker clubs and chopper shops that cater to them (outside of Max's Speed Shop)? A big idea to plop into my head: A hardscape garden for bike rallies and dragsters...Imagine the potential for South Blvd! We'll have to call it "DIRTY SOUTH BLVD". 'D


c) The Area 15 Artist Colony. Imagining a community for artists which is affordable, sustainable, and generative, and prevents gentrification by preserving the presence of artists in communities. This is a volunteer effort I'm undertaking for Area 15 and I am really excited...definitely more to blog about later. Not coincidentally, "b" and "c" are about to get married if I get my way...Find out more later, buds!

Posted by Eric Orozco at 4:34 PM No comments: